What to do on Maui in January

Maui in January is full of events, activities, and of course, humpback whales. Many visitors flock to the island this time of year, seeking sunshine and warm water in place of cold, winter weather. By far the most popular activities on Maui during January are watching whales and big wave surfers. Maui Kayak Adventures offers private kayaking tours for an unforgettable whale watching experience. Big waves and daredevil surfers can be found on Maui’s north shore and along the westside (Lahaina to Honolua Bay). Warm weather also creates perfect beach conditions, and you can’t go wrong with a day lounging on the sand. From celebrating the New Year to whale watching with Maui Kayak Adventures, there’s something for the whole family to enjoy.

Weather To Expect In January

For those looking to escape harsh winter weather, there’s no better place to vacation than Maui. Although rain showers are more common during January, temperatures rarely dip below the mid-60’s, especially at the beach. High temperatures average in the low- to mid-80’s. Kihei and Lahaina are typically sunny and warm this time of year and both offer great beaches and water activities. Make sure to pack warm layers, though, if you’re thinking about a visit to Haleakala, where summit temperatures can drop below freezing. Lighter tradewinds January through April also provide optimal ocean conditions for whale watching and ocean activities along Maui’s south and west shores.

Ringing in the New Year

Maui kicks off the New Year with annual fireworks in Wailea. Parking can be a beast, so your best bet is to enjoy dinner at one of the many Wailea restaurants and then hang around for the fireworks display. Many resorts also host special New Year’s Eve dinners and celebrations. Check with your hotel to learn more about New Year’s Eve events. 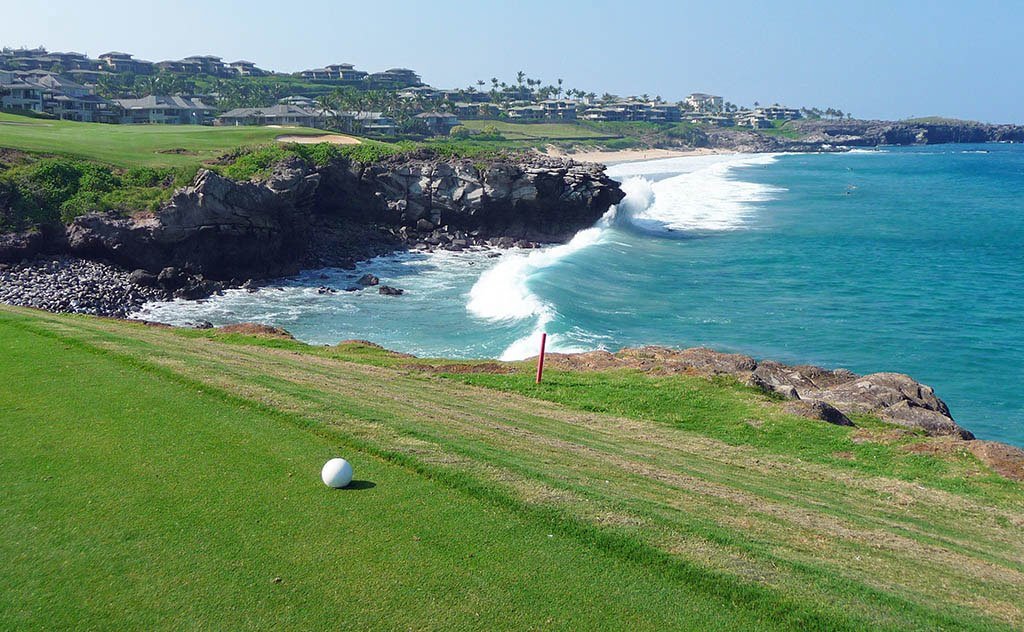 Maui hosts a variety of events throughout the month of January.

Golf enthusiasts will want to check out the 2018 Sentry Tournament of Champions at the Plantation Course at Kapalua January 3-7. Featuring golf’s top ranked pros, the event is set against West Maui’s stunning backdrop.

Music lovers can enjoy Uncle Willie K’s BBQ Bluesfest at the Maui Arts and Cultural Center (MACC), January 6. The Master of Maui’s blues, Willie K is considered a living legend. He is joined by a host of talented blues musicians sure to rock the house. Check the MACC’s Calendar of Events for more upcoming Maui in January events and concerts.

Get your fitness kick at one of Maui’s largest running events, the Maui Oceanfront Marathon on January 14. The course starts in Wailea and ends in Lahaina, paralleling the Pacific Ocean for much of the course. In addition to the marathon, there are also half marathon, 15k, 10k, and 5k events.

Activities to be found on Maui in January 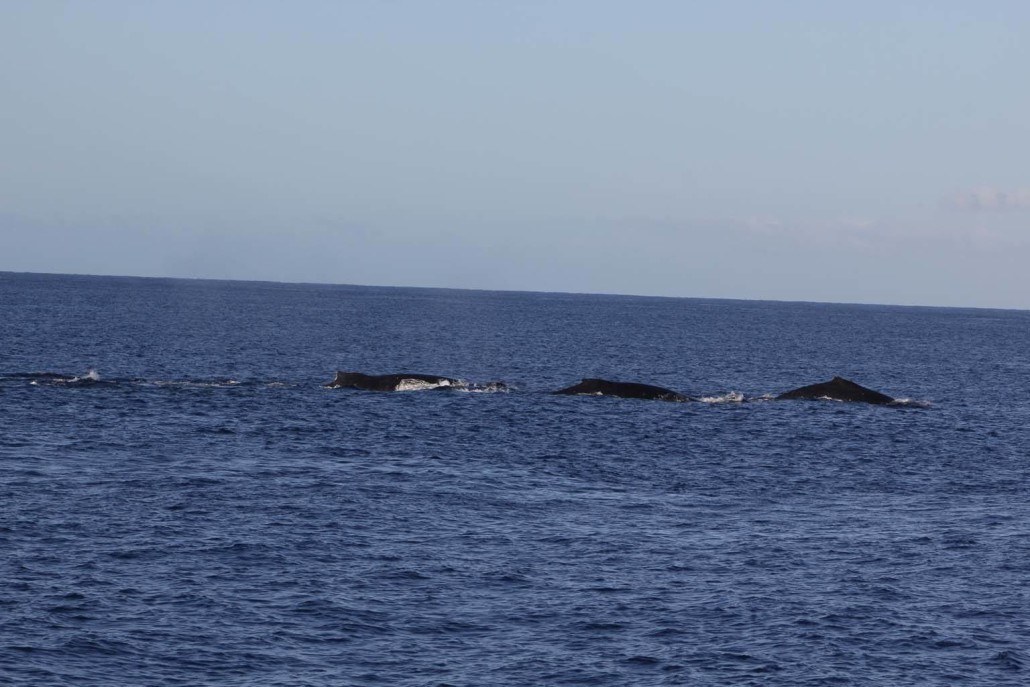 Known for their out-of-water acrobatics, humpback whales are a favorite of whale watchers. Lucky for you, there’s no better place to see these animals up close and personal than on your Maui vacation. Every year an estimated 10,000 humpback whales migrate from Alaska to Maui to mate and give birth. While Maui’s warm, shallow waters do not provide food for humpbacks, they do offer whales a safe place to nurse their young and court potential mates. Humpbacks begin arriving in Maui in early December, with numbers peaking from January through March. By mid-April many of the whales have already begun the migration back to Alaska.

On Maui, humpbacks can be easily spotted from shore. One of the most popular whale lookout points is Papawai Point on Honoapiilani Highway (Route 30) approximately 3 miles northwest of Maalaea Harbor. The Ocean Path fronting the Wailea Marriott (Wailea) is a particularly scenic spot that is great if you are staying in one of the nearby resorts. For more intrepid travelers, a hike to the top of Pu‘u Ola‘i (between Little Beach and Big Beach) provides a bird’s eye view of humpbacks and the south Maui coastline. Of course, many times the best whale watching can be done right from your hotel lanai or beach chair.

While there’s definitely no shortage of places to watch whales from the shoreline, nothing compares to viewing humpbacks from the water. Boat-based whale watching tours are a dime a dozen on Maui and depart from Lahaina and Maalaea harbors. Most of these tours are on large, diesel boats that can hold up to 150 passengers.

For those looking for a more intimate whale watching experience, look no further than Maui Kayak Adventures. Offering private kayak tours along Maui’s protected South and West shores, Maui Kayak Adventures consistently ranks as one of Maui’s top whale watching operators. Taking a private tour with a marine naturalist ensures you have the experience of a lifetime, customized at your own pace. 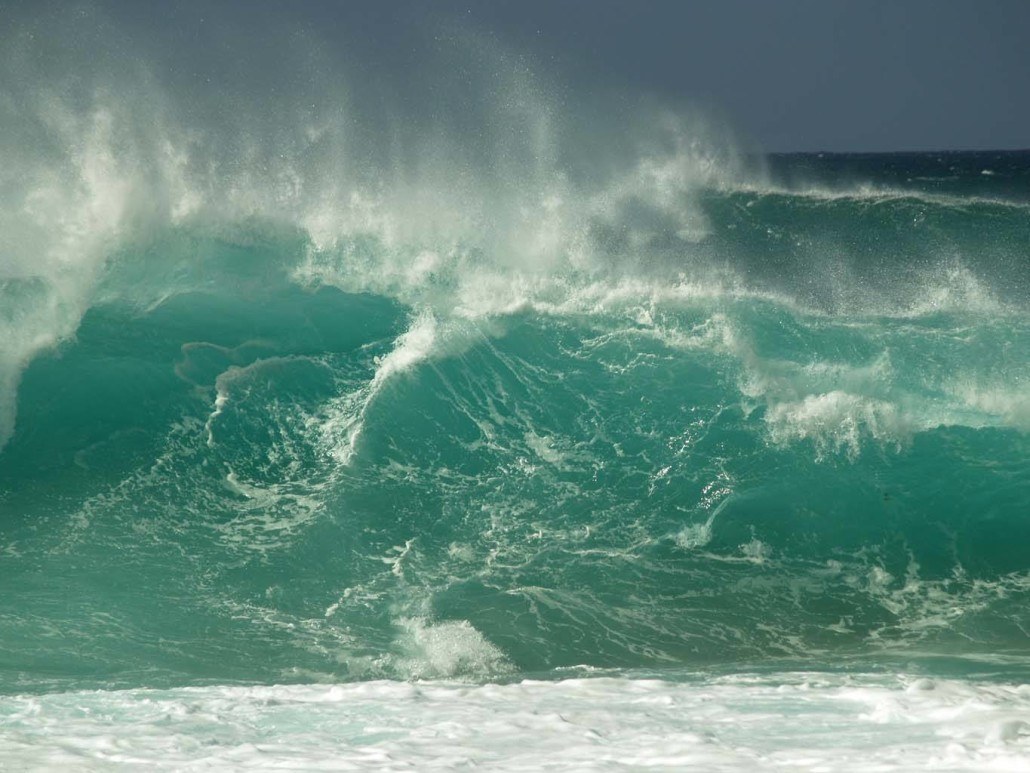 Watch Surfers Tackle Some of the World’s Largest Waves

In addition to humpback whales, winter is Maui is also known for its massive waves. Although the neighboring island of Oahu is typically considered the epicenter of Hawaii surfing, Maui also boasts some world class waves. One of the largest waves in the world, Peahi, is located on Maui’s north shore on the road to Hana. Also known as “Jaws,” Peahi only breaks during the largest ocean swells. When it does break, however, it is a site to behold. Waves reach heights between 25-50 feet, equivalent to a 5 story building! During big swells the road to reach Peahi can become extremely crowded. To get to the surf spot itself requires driving down a dirt road that leads to a cliffside overlook.

One of the most accessible spots to watch big waves on Maui is Ho‘okipa Beach Park. Hookipa is located just outside of the small, eclectic north shore town of Paia on Hana Highway. There is a parking lot situated above the cliff where you can watch surfers, whales, and big waves. On the other end of the beach (towards Kahului) you can park along the guardrails and enjoy ocean viewing from the large, grassy cliff. While it’s not Peahi, the waves here are still impressive and jaw dropping.

On the opposite side of the island, near the resort areas of Kapalua and Napili, is Honolua Bay. Although waves at Honolua are not as large at Peahi, Honolua is considered one of the best waves in the world. Waves at Honolua peel around the point and create perfect right-hand “barrels,” where surfers are covered by a cascading wall of water. Honolua Bay is also famed for its snorkeling, however snorkeling conditions are rarely ideal at this spot during the winter. The large waves tend to churn up sediment, making visibility poor. Not to mention, large swells can create dangerous waves and hidden rip currents. Your safest option is to enjoy the waves from the scenic, dirt parking lot that overlooks the bay. The overlook is also a great spot to see whales.

Keep in mind that ocean conditions can be extremely dangerous on Maui during winter months. Make sure to heed all posted “rough water” warnings and lifeguard directions. Even if the water appears calm, hidden rip currents and undertows can quickly pull you out to sea. Large waves can also create dangerous shore breaks. Each winter on Maui in January and all of winter, a number of people suffer neck and back injuries caused by body surfing waves over shallow water. Always be aware of conditions and if in doubt, don’t go out.